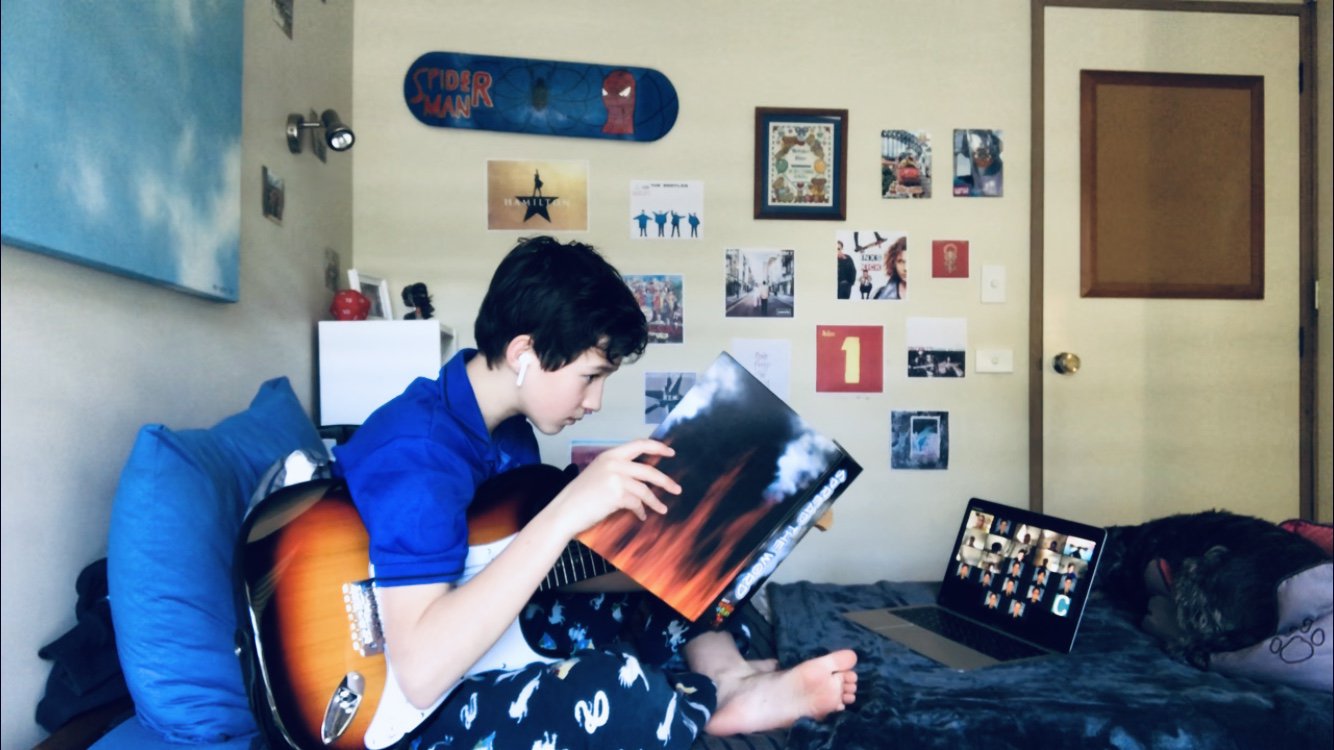 Students in the Senior School were recently invited to celebrate their love of reading with a Book Week Competition run by our Library Team.

We are pleased to share some of the boys' winning entries.

The boys created short stories, poems and artworks based on the theme, 'Old Worlds, New Worlds, Other Worlds'.

Stephanie clenched her father’s hands and lumbered as if she had the whole world on her back. Without a home because of the 2055 Segregation Bill, it resulted in races being completely separated. Stephanie and her father had to start a new chapter in their lives yet it was only a matter of how…

Her father, Agnus, carried a suitcase with the necessities that he stuffed at the last minute, and together, as a family they quickly moved to the Darug Country.

The sky was a canvas painted pure grey, and the air smelt of petroleum and fuel as the flying ships majestically glided by. His new long trench coat was olive green and his black bowler sat elegantly on his forehead. Towering skyscrapers scattered the land with different geometric shapes, from eagles to trapezoidal prisms.

Agnus tried desperately to book a hotel, yet all those tries came to no avail. Stress enveloped Agnus, as he rubbed his temples and clenched his hands like a fist. Tears trickled down his cheeks, one by one as he cleaned his pince-nez.

Tapping incessantly on his suitcase as the family sat together, Agnus warned Stephanie, “Stephanie… I’m really sorry, this is all my fault, we don’t have a home. I guess because of this segregation law, we really are homeless.”

Stephanie, aged 6, understood what homeless meant. She felt like a bowling pin being knocked by a bowling ball. Melancholic and somnolent, Stephanie could not comprehend what would happen. Agnus, headstrong and determined, marched to the public care facilities, the family’s only hope… The building was called “New Laws, new leafs”, and it’s aim was to ensure that poverty stricken people could still maintain a happy life. The building was dilapidated, ramshackle and decrepit, and there were spots of filth and grime on the destitute people inside, they looked as if they had rubbed charcoal on their faces. Their teeth were crooked and plague, cavities and stains attacked each tooth of theirs. The space was tight in the building, yet it was the best thing that they could get. Antique lights were meticulously placed, giving it just enough light, and the blankets were just as warm.

It was in 2055 when the Segregation Bill had been passed, completely removing all relationships amongst different races. Yet there was one relationship that continued to stay strong, and that was Agnus and Stephanie’s...

Humble scavenger town silhouettes hovered in the rust-orange sunset, their yellow guiding lights giving them the impression of the eyes of house tarantulas found in the Autumn season. The viewing deck underneath me groaned as a humid headwind from the west battled against the laboured, copper propellers built in at the back of the ship. The balloon of the Wandering Sparrow loomed high above, the thick, tired ropes hugging the balloon to the ship for dear life. I loved the Wandering Sparrow, it was my home, my only home since 2084 when I first snuck onto it when the ‘North Coast Pirates’ of the Middle East invaded my town.

“Otto!” shouted someone behind me, their familiar high-pitched voice demanding me to lose my train of thought. A tall, lean copper-haired boy paced over, his cracked, circular glasses just managing to hang from the cliff of his lightly freckled nose. It was Griffin, my roommate and best friend.

He was a thin young boy; he wore brown, patched-up dungarees which lazily hung from his bony shoulders. Grease marks decorated his kind oval face which framed his bronze-coloured eyes that passively hid behind the cracked circular glasses he wore.

“It’s 17 minutes past curfew and we’re in the Dread Zone! Just because there is a solar sunset doesn’t mean we ignore curfew!” he whispered loudly with the tone of frustration in his voice. We paced back to our bunkers on level 3u, in deep conversation about what’s the fastest way to restore a Ruskīt E63 engine transmission.

I inserted my earned money of 6 cascades into my shamrock-green, cylindrical savings can. The faded word ‘Sprite’ was printed on the can which I had traded for a lightbulb and half set of 45mm cogs. I laid down on the thin worn mattress, the squeaking of griffins bunk above me, synchronised with the heartbeat thumps of the rotary engine on the level below us. Weak rays of orange light from the hallway shone through the circular window of the metal door spotlighting the small square vent on the splintered, wooden floorboards. The soothing lullaby of the humming engines gradually drifted me into a deep sleep but was suddenly interrupted by a colossal vibration which rocked the whole ship. I ran up to the South viewing deck to find something so macabre that read ‘North Coast Pirates’. 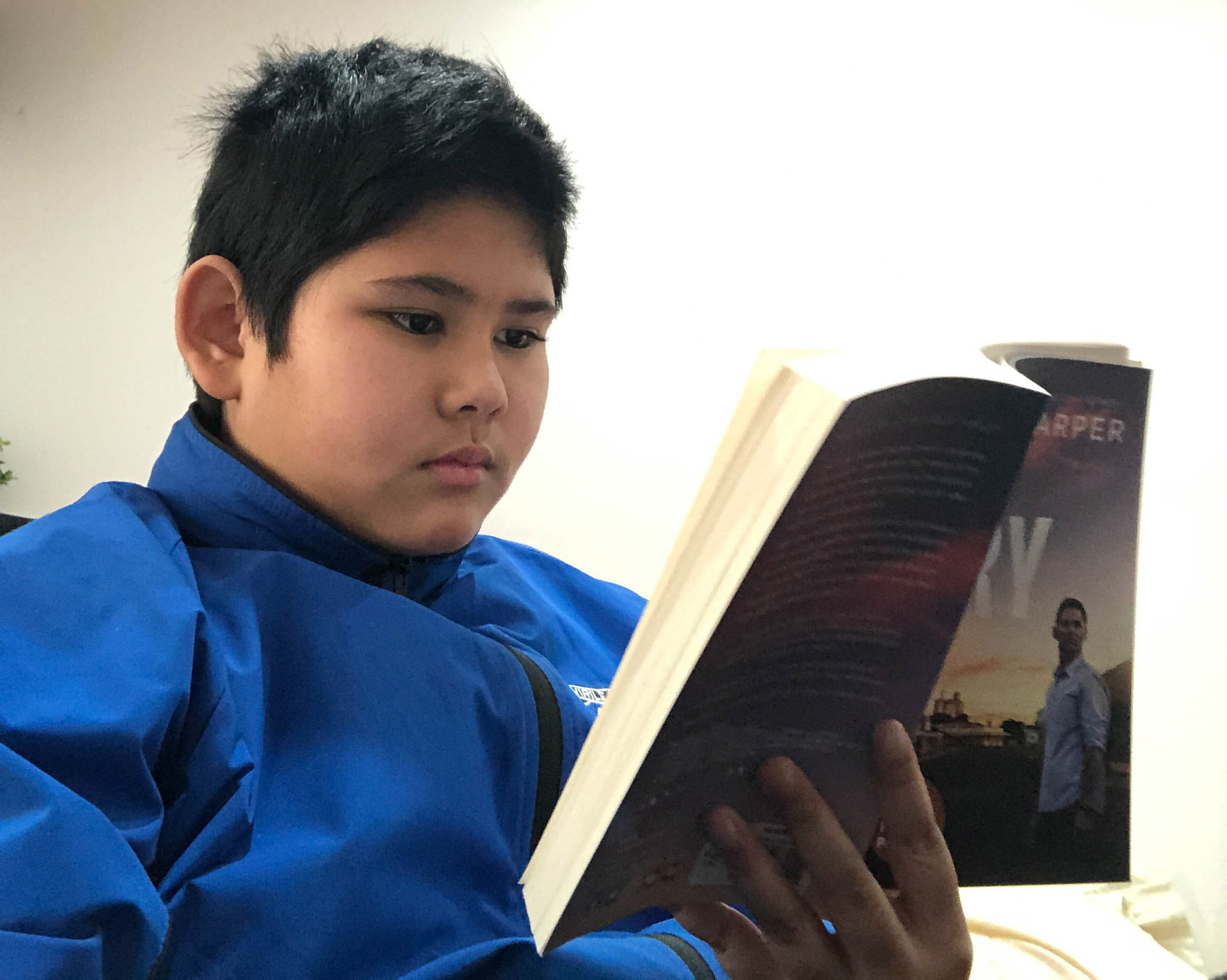 This was not made to rhyme,
A song to sing at night,
A tune to live in the day,
Pathetic some would say.

The new world is wrong,
The climate is changing,
People are fighting,
Commotion is enraging.

Chatter fills the air as Angus runs through the streets,
Overpriced apples, rat infestation,
Too much is happening,
filled with devastation.

The world is crumbling before his eyes,
Reality is becoming a nightmare.
Only now would people dream of what their old world was,
Peace.

If only there were other worlds,
A place to take back the clock,
To a time where Angus’s friends could play,
Without living in constant fear.

Economies, democracies,
Communities,
The list goes on,
society is doomed.

Society has hit a wall,
Like a car thats swerves off the road,
Our generation has a lot on their shoulders,
The fate of humanity is as heavy as a boulder.

Give children like Angus a chance at life,
An opportunity at happiness, sadness, love and death.
Give them the chance that you have,
And save our world.

This message must be heard,
If we want to guarantee the survival of the human race.
Otherwise who knows what's going to happen,
To people of the world.

Life is unpredictable,
But if you want to live it to the fullest,
Face it!
Head on!

Be grateful for the good things,
And improve on the bad things.
Head up! Straight Back!
Now let's live life just like that!

Let's spend our time, in this world,
With our old world left behind us.
Curiosity may drive us to new worlds,
But love will always guide us. 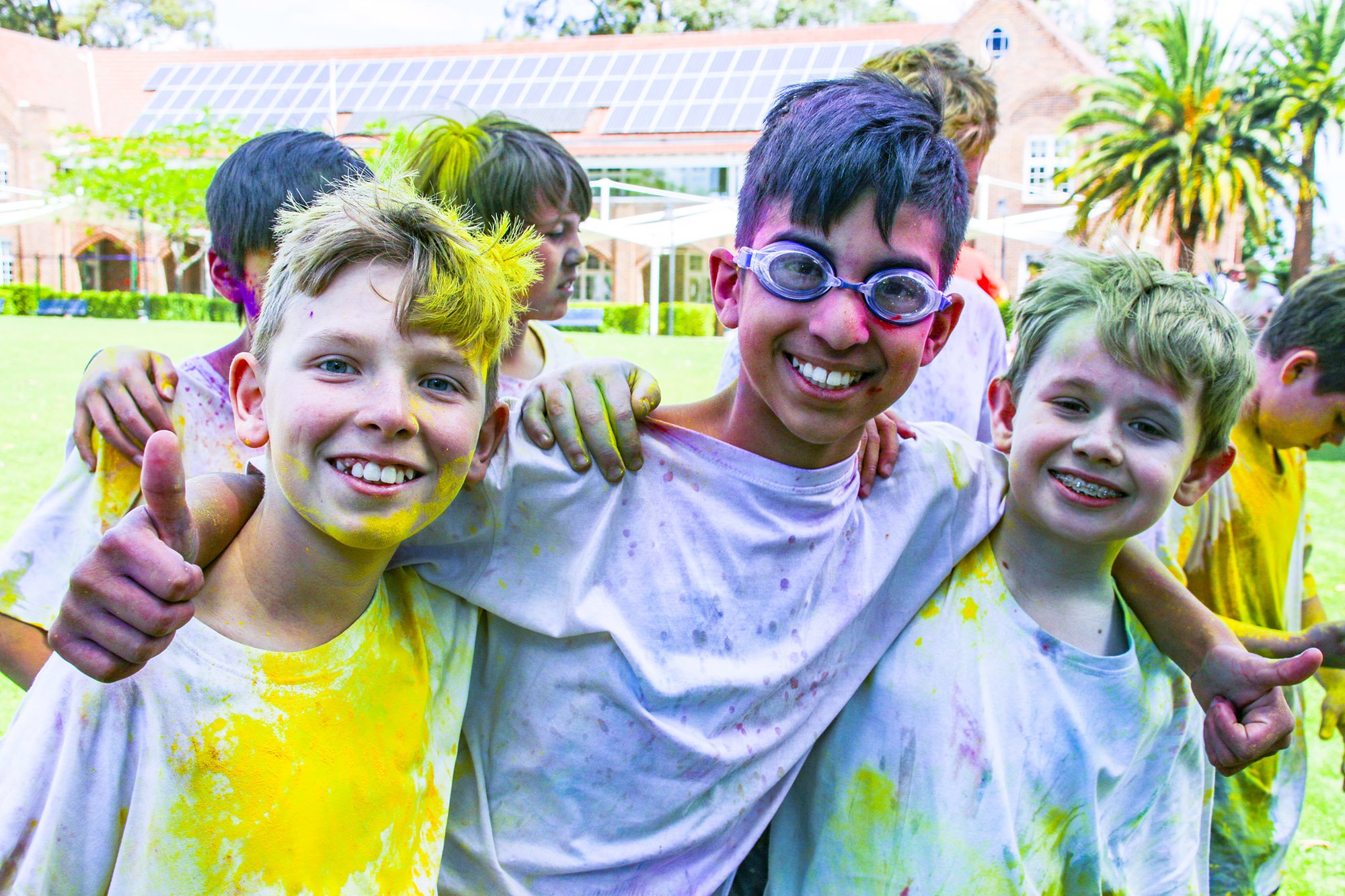 Our Year 6 boys have just a few more weeks at Knox Prep for they graduate and move on to the Senior School. 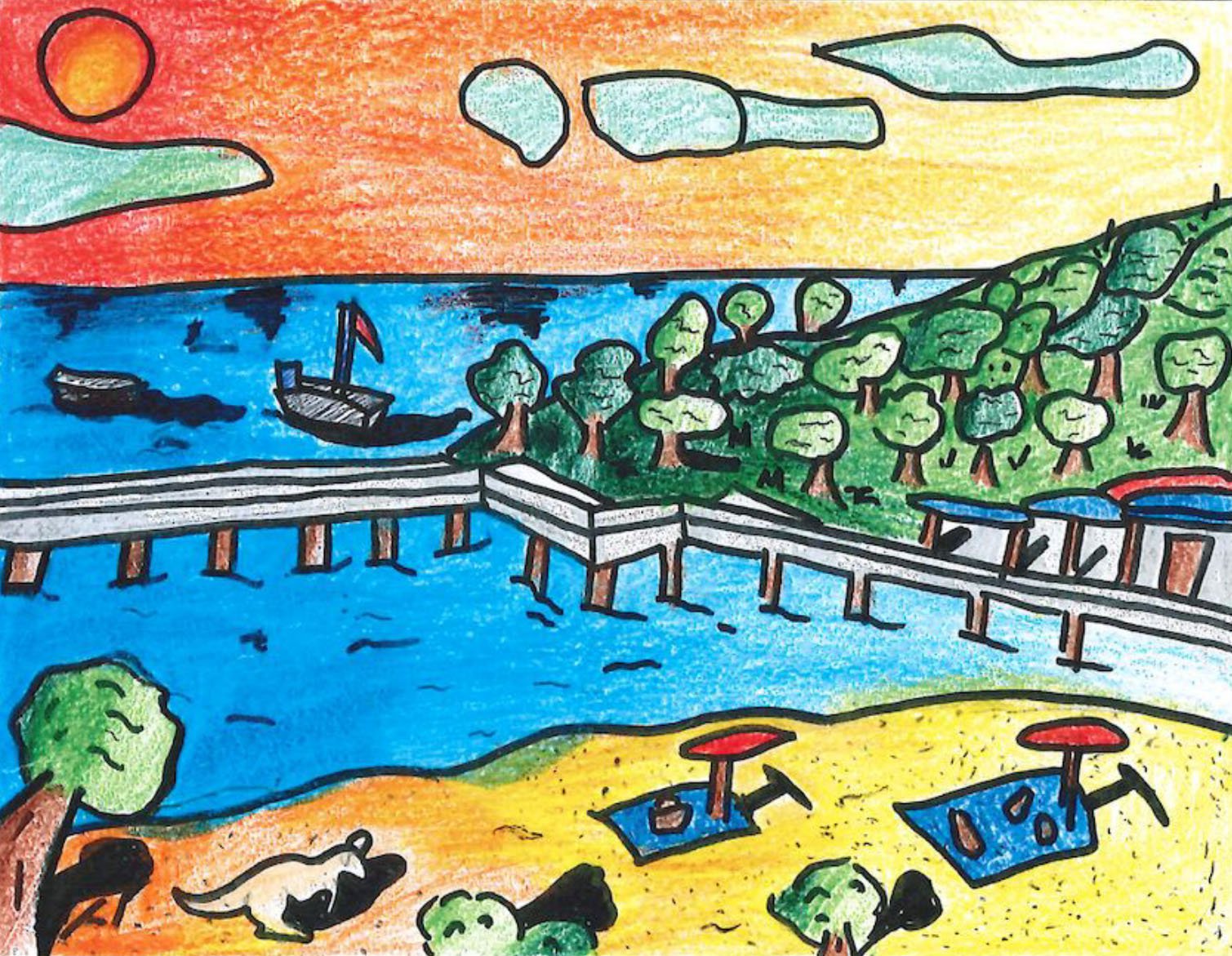 In Term 2, Year 7 Visual Arts students were tasked with creating an illustration that depicted their experience of the Australian landscape. 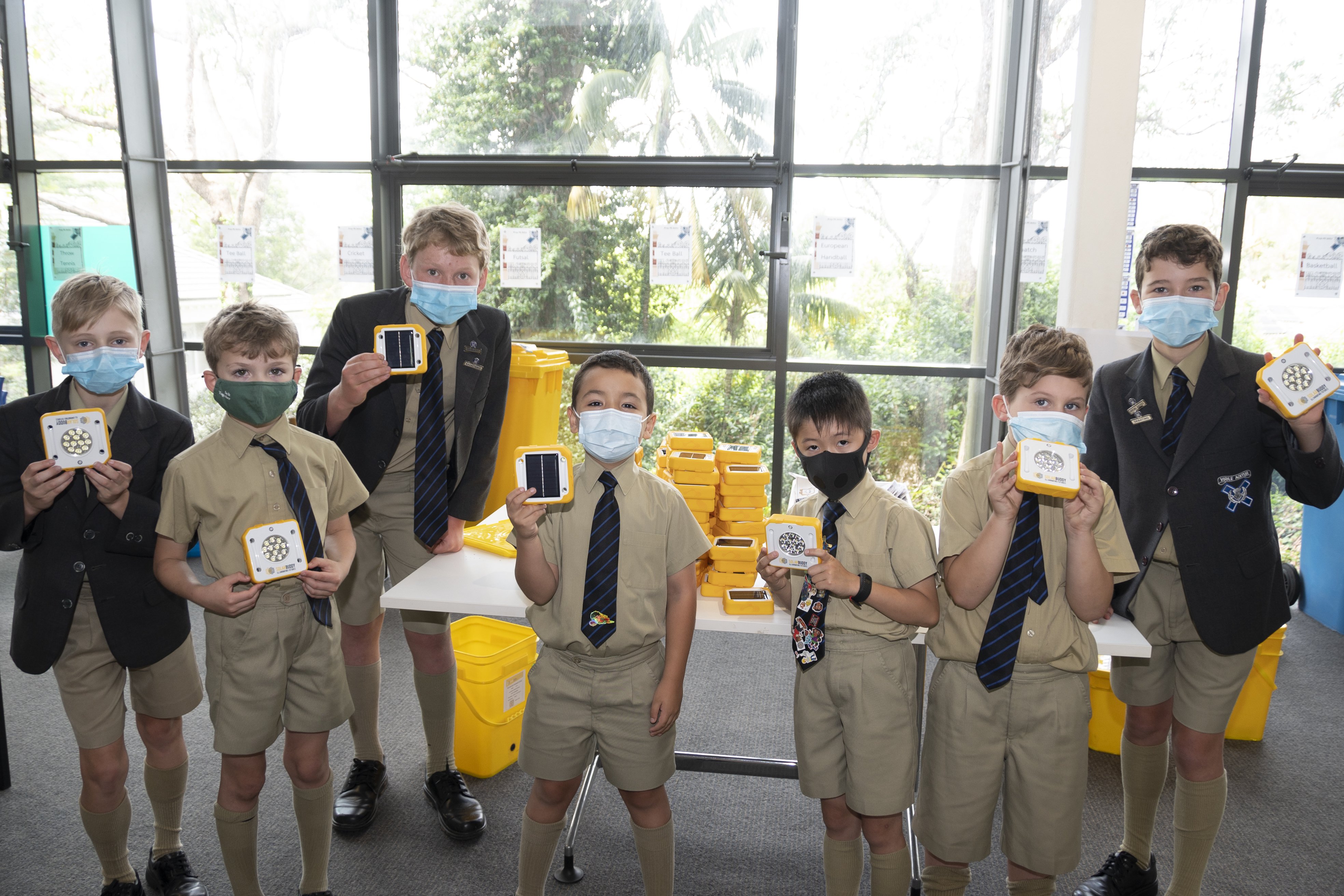 Our Year 1 boys have had a busy day collaborating and assembling solar powered lights for children living in extreme energy poverty as part of the ‘Light Up Vanuatu’ campaign. 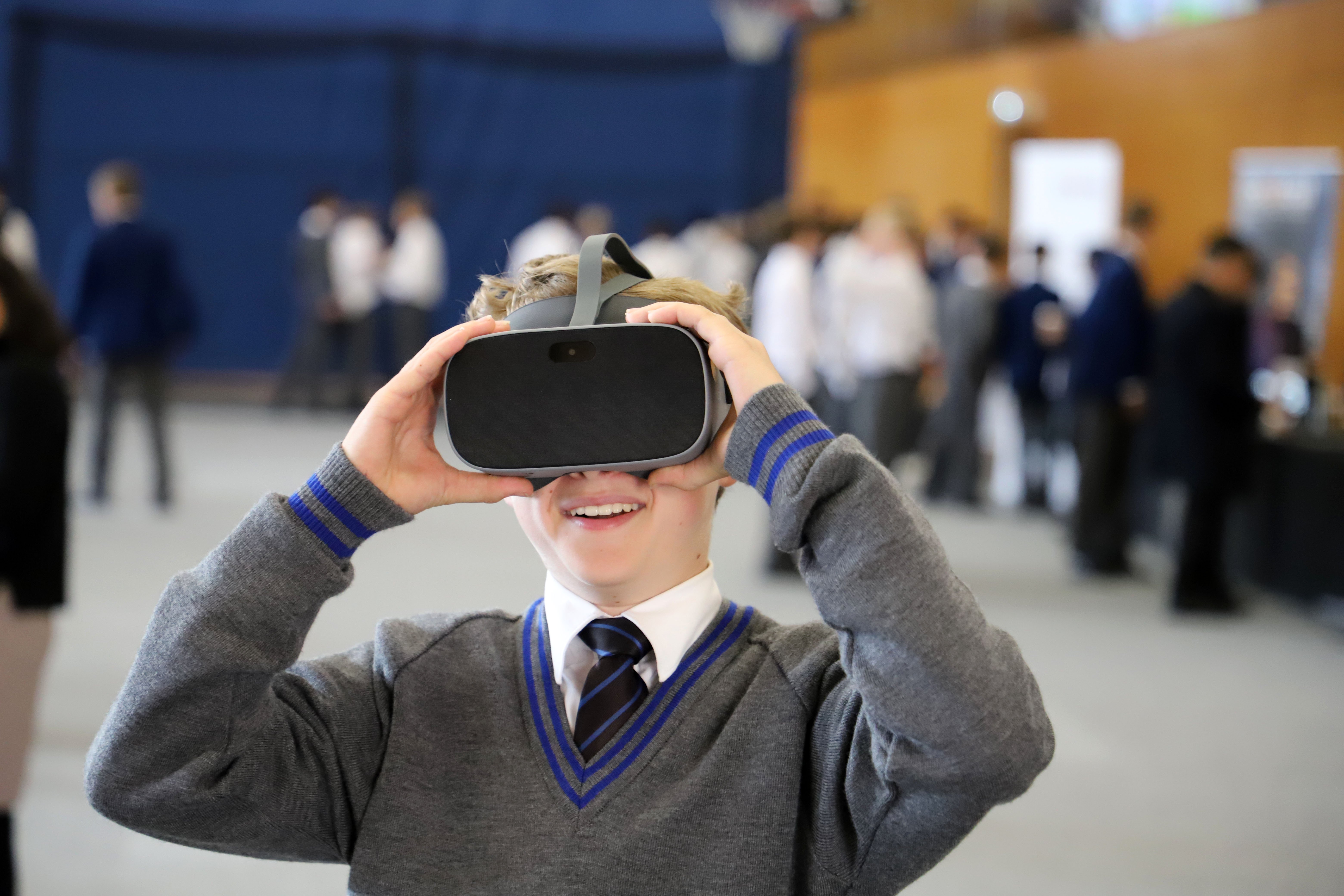 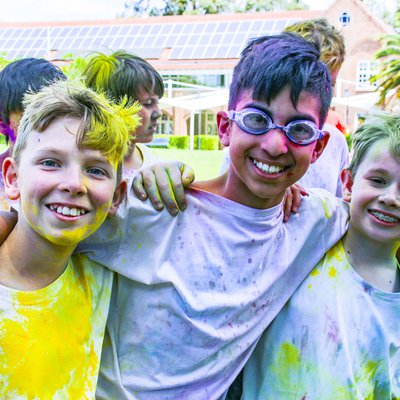 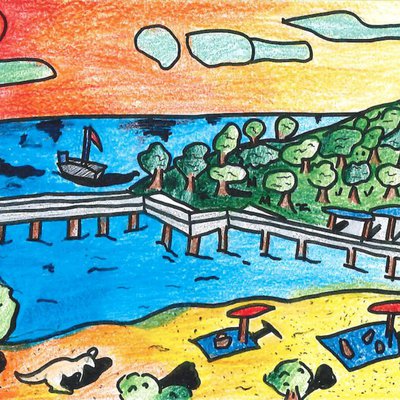 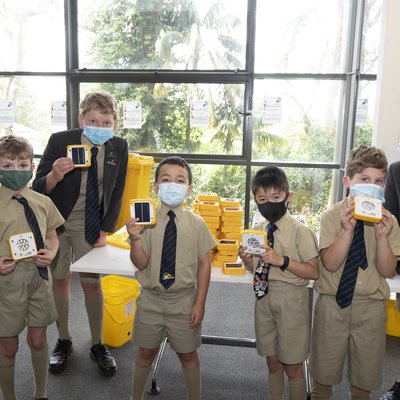 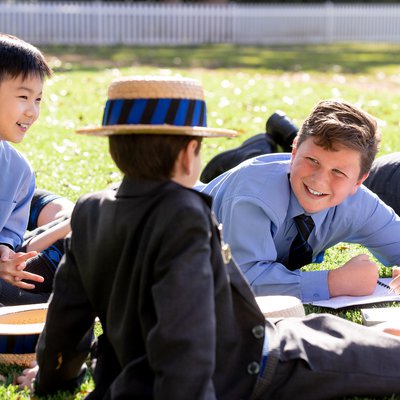