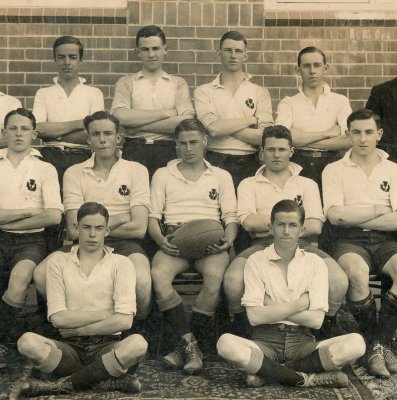 The first edition of the Knox yearbook, The Grammarian, in 1928 provided an explanation of our School motto.

Our School motto, 'Virile Agitur', is derived from St Paul's letter to the Corinthians. "Be on your guard; stand firm in the faith; be courageous; be strong. Do everything in love."

"The motto (of Knox) consisted of two words, 'Virile Agitur', and the School will bear this motto until it shall be time honoured and hallowed among Old Boys and present boys alike... The motto presents our object for every boy; he must see to it that he is doing "the Manful thing", the right thing. We must always follow our motto, and by doing that we will benefit not only ourselves but our School, and in later life, our State, Country and perhaps the World."

A BRIEF HISTORY OF KNOX

The history of Knox formally began in 1924 when it opened as a Presbyterian Boys’ School after school founders Reverend John Gilmore, William McIlrath, Sir Robert Gillespie and Andrew Reid purchased what is now Gillespie Boarding House as the first Knox School building.

Under founding Headmaster Neil MacNeil, a Rhodes Scholar, Knox grew rapidly both in academic achievement and by providing students with practical skills in areas like woodwork and metalwork. Knox survived the Great Depression with expanded facilities. Student numbers rose from 28 in 1924 to over 300 in 1939.

In 1939, MacNeil was succeeded by biologist Dr William Bryden. As WWII broke out, around 680 Old Knox Grammarians served in the armed forces. Sadly, 68 of them lost their lives and are now commemorated in the School Chapel, Old Students’ War Memorial, the John Williams Memorial Hall and the original Science Building (now Art).

Despite this difficult time, Headmaster Bryden oversaw considerable growth in the School’s academic standing and an expansion of facilities in the 1940s and early 1950s. It was also during this time the Pipe Band was established.

House system that we recognise today began to develop.

Bryden’s successor in 1954 was Dr John Mill Couper, a Scot, who broadened the School’s concept of education, with particular attention to music and art. It was during his headmastership that the House system we recognise today began to develop.

The problems were short-lived and the next Headmaster, Dr T Ross McKenzie, provided the vision and down-to-earth management style that brought Knox to the top echelon of independent schools. A long period of steady growth and firm leadership followed and by Dr McKenzie’s retirement in 1969, the pursuit of excellence had been realised in many of the School’s endeavours.

A GLIMPSE OF HISTORY OF KNOX 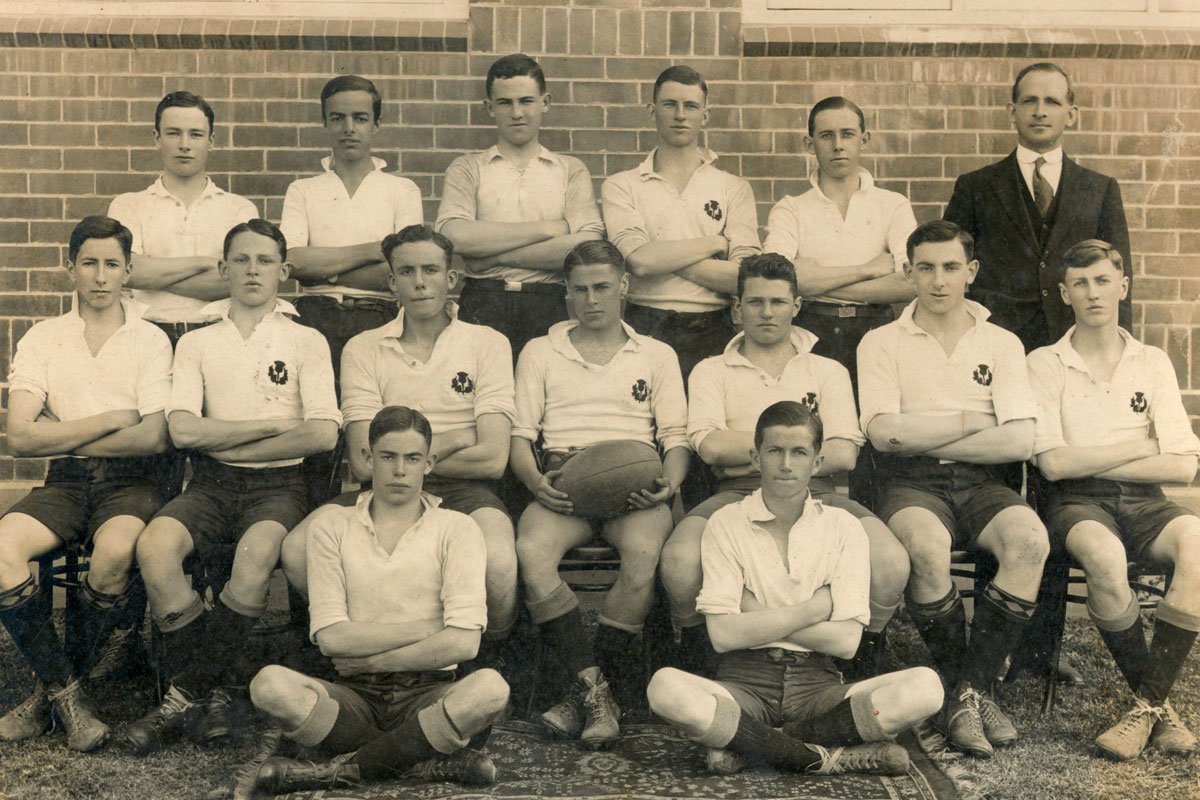 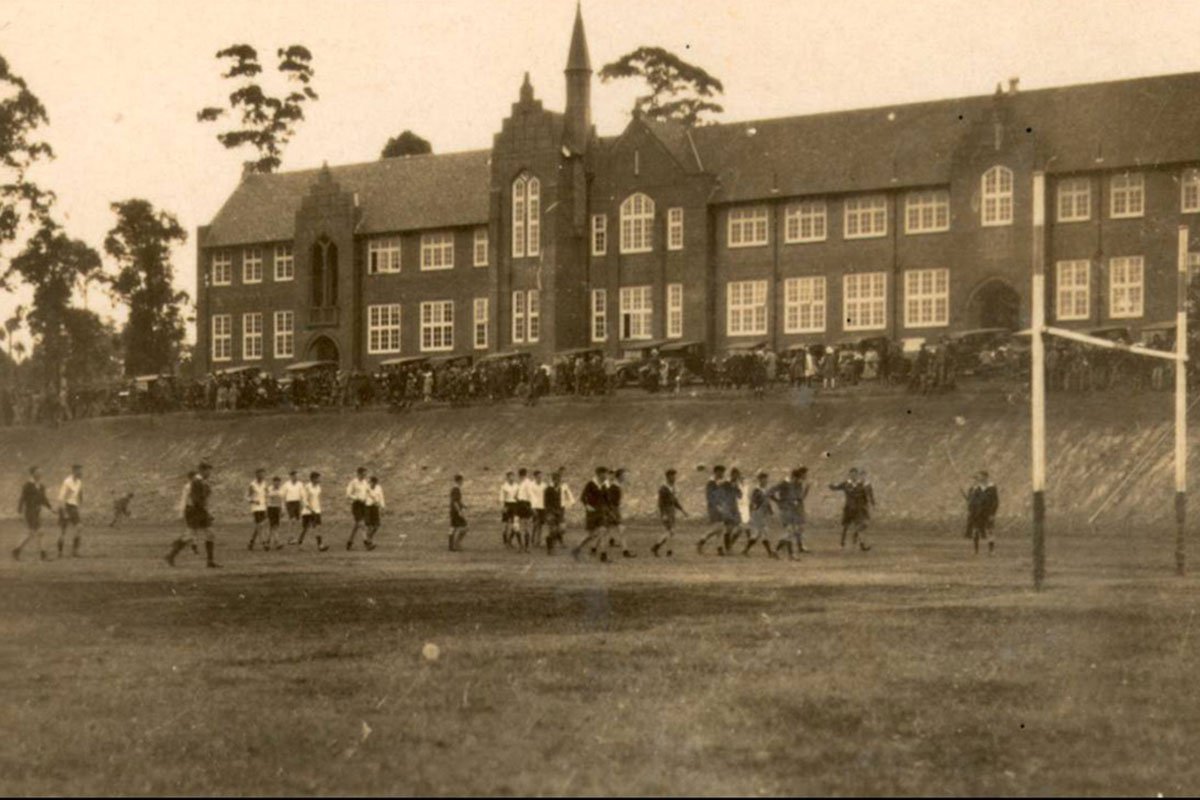 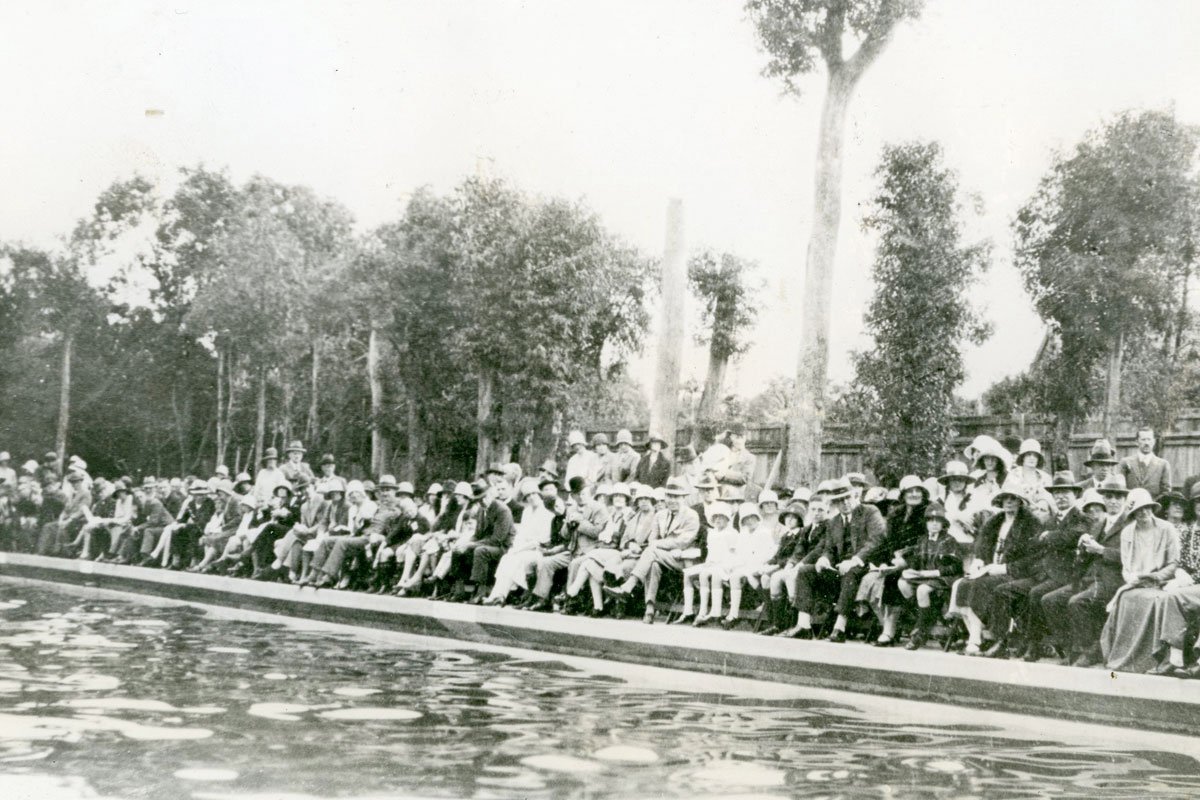 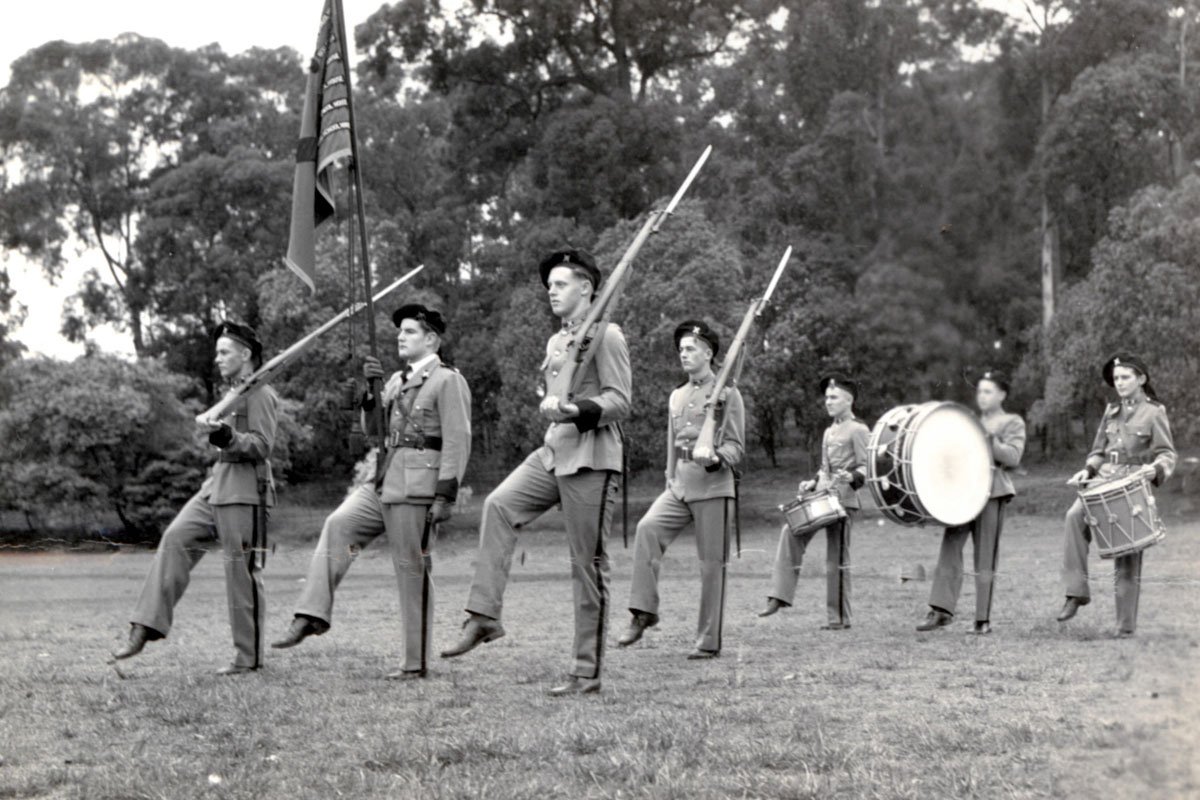 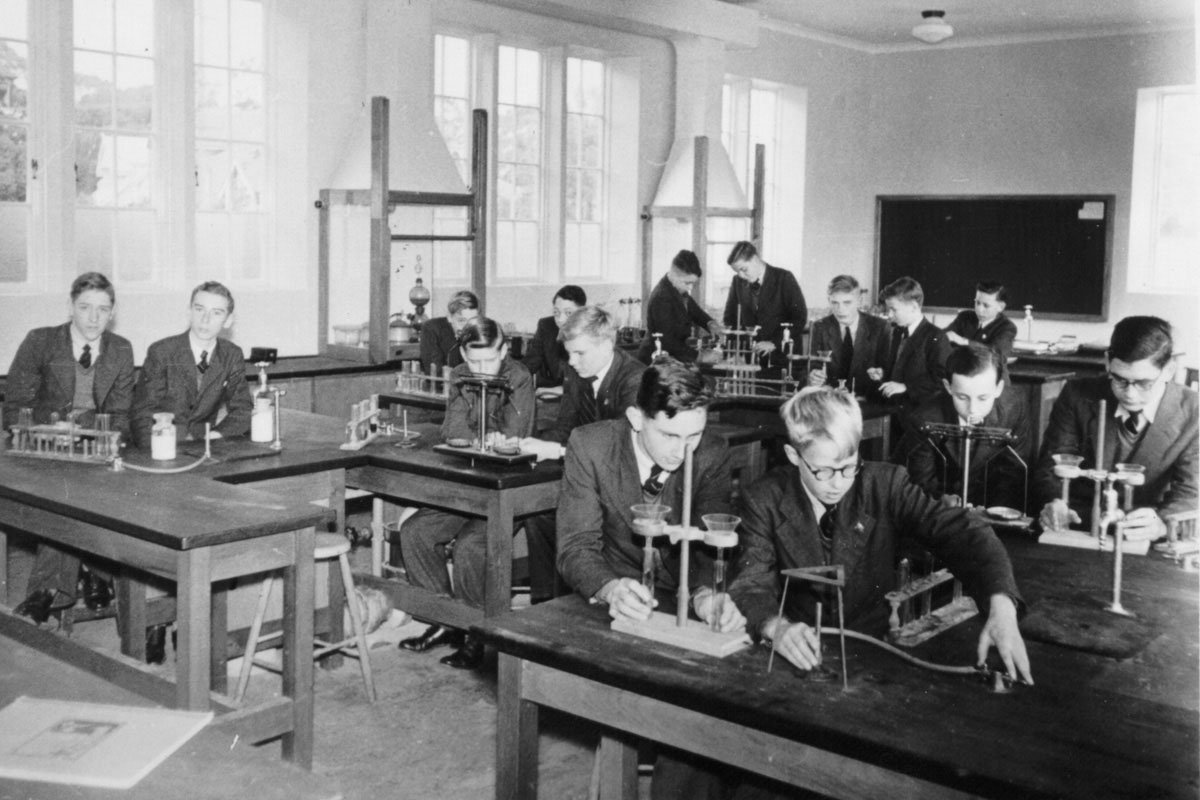 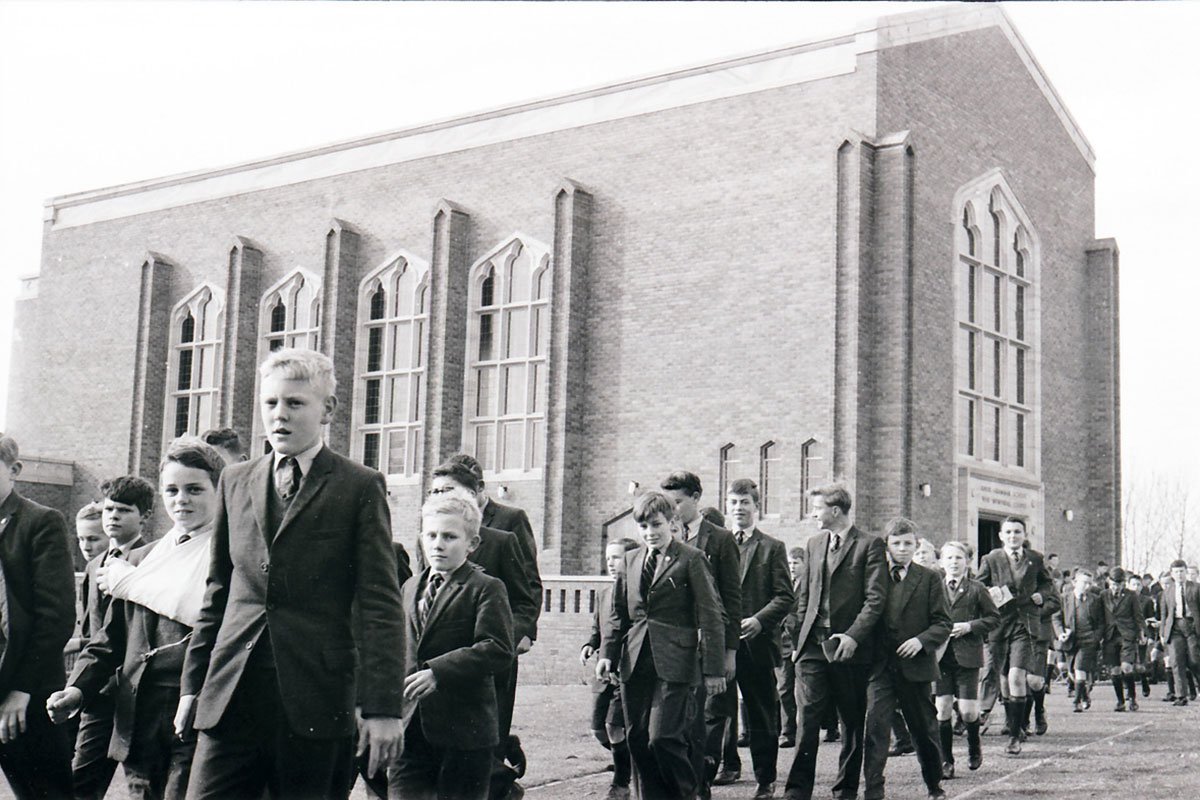 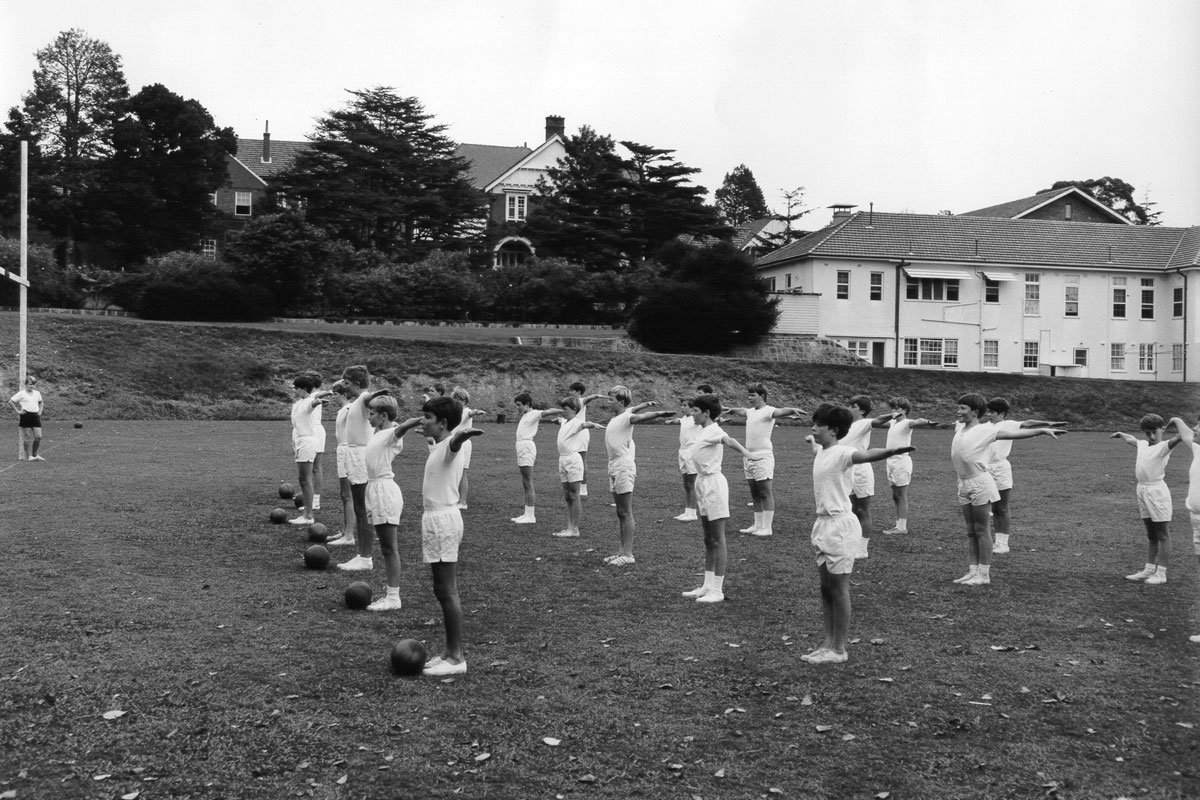 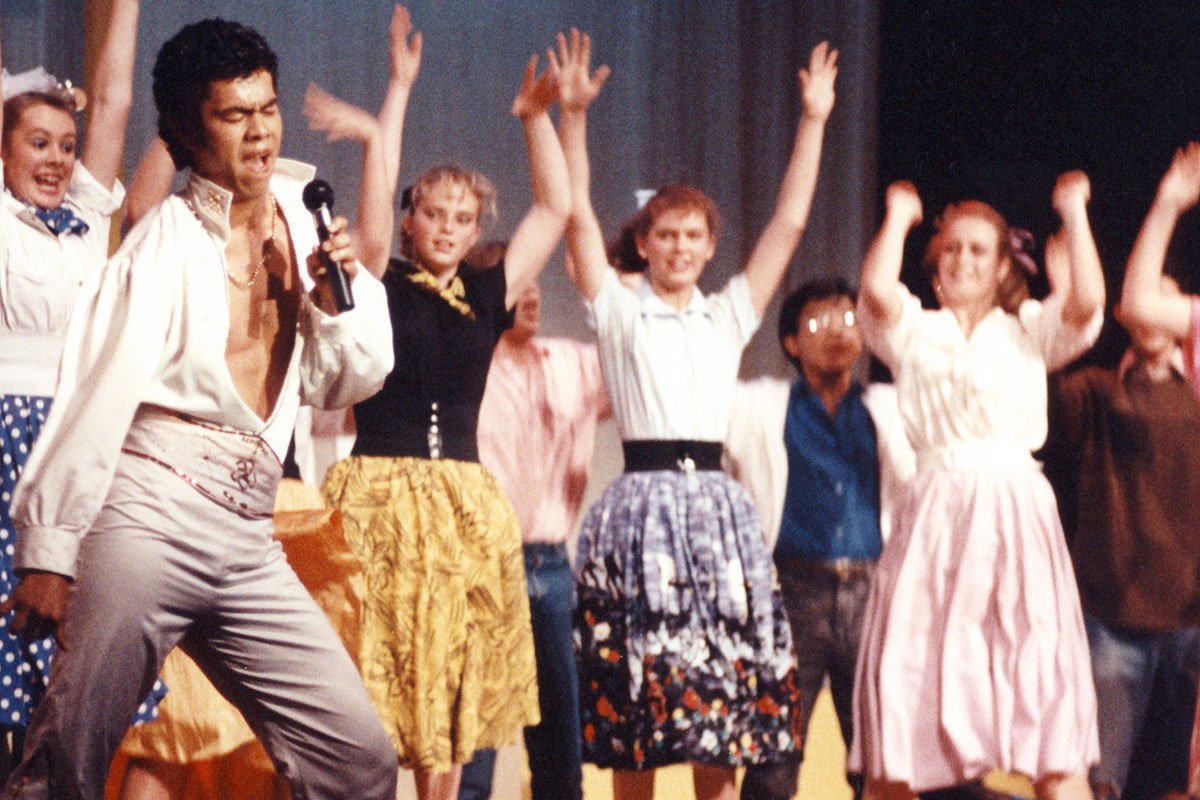 The next Headmaster, Dr Ian Paterson, AM, initiated further significant developments including a substantial building program, an outdoor education program, the introduction of a wider selection of sporting choices beginning with basketball and soccer/football, and the introduction of the school musical. During this era, Visual Arts, Music and Drama entered the NSW syllabus and the appointment of specialist staff strengthened and anchored the development of the creative arts. In 1974, the school turned 50 years old. There were more changes to come before the 21st Century arrived. The Music Centre, Lawson Centre, Reid Industrial Arts Building, Paterson Centre and the purchase and building of the Grahame Mapp Oval and the Gifford Pavilion in North Turramurra are some of the major projects completed in this era.

Introduction of a wider selection of sporting choices beginning with basketball and soccer/football, and the introduction of the school musical.

In 1999, Peter Crawley, former Head of Trinity Grammar School in Melbourne, became Knox’s sixth Headmaster, bringing the School into the 21st century with an innovative program of technology and computer-based learning. He oversaw steady improvements to student life and retired from the School in 2003.

School brought into the 21st century with an innovative program of technology and computer-based learning.

The seventh Headmaster, Mr John Weeks, commenced at Knox in 2004 and served until the end of Term 1, 2018. Over almost 15 years, Weeks embarked on an ambitious program to transform Knox’s pastoral care, teaching and learning programs and facilities.

In his time at Knox, Weeks was responsible for many major building projects including the KG1 Building, Ewan House Year 6 Centre redevelopment, the Knox Boarding Centre, the Great Hall and Aquatic Centre, and the Knox Senior Secondary Academy (now the Weeks Senior Academy).

In 2009, Weeks introduced Positive Psychology to the School, greatly improving the wellbeing and mental health of students and staff. Knox was one of the first Australian schools to implement a comprehensive whole of school Positive Psychology program.

A key focus of Mr Weeks’ time at Knox was the development of a quality teaching program. In 2017, Year 12 students achieved outstanding results in the HSC, with Knox ranked 19th in NSW, placing it among the top non-selective schools in the state.

Knox was one of the first Australian schools to implement a comprehensive whole of school Positive Psychology program.

The eighth Headmaster, Mr Scott James, commenced in the role as Head in April 2018. Prior to starting as Headmaster, Scott was the Deputy Headmaster and Head of Senior School of Knox Grammar School, positions he held from 2009.

Scott has 25 years’ experience as an educator and has worked in a number of high-profile schools. He has a demonstrated commitment to academic excellence with the capacity to lead high-performing teams. He has contributed to strategic planning and curriculum development, allowing him to establish an outstanding professional track record.

Scott has a passion for Positive Psychology and its role in improving the wellbeing and lives of young people.

"Scott has a demonstrated commitment to academic excellence with the capacity to lead high-performing teams. He has contributed to strategic planning and curriculum development, allowing him to establish an outstanding professional track record." 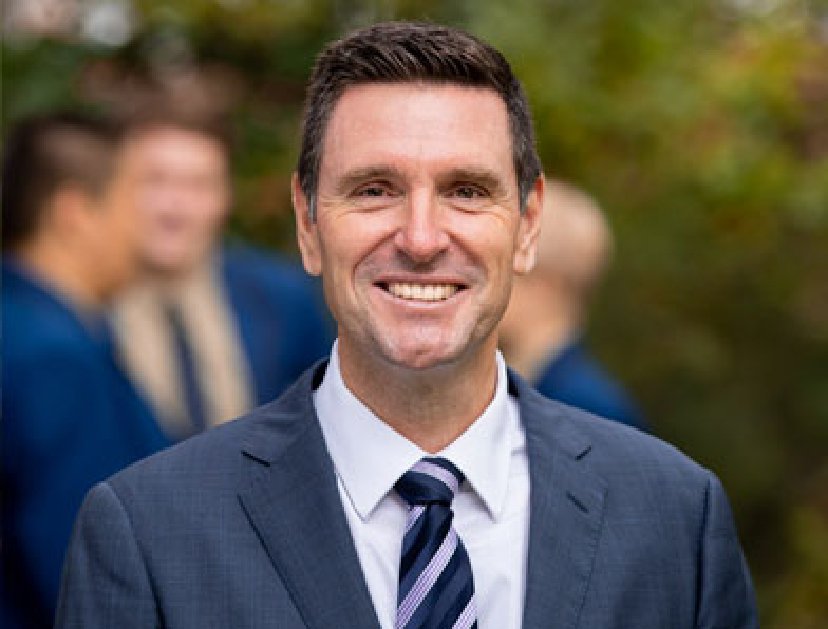 Today there are approximately 3,000 students across our campuses. In addition to Knox Prep and the Knox Senior School, we also operate Wahroonga Prep, a co-educational campus for girls and boys from Pre-Kindergarten to Year 6. The School offers boarding for approximately 200 boys from Year 7 onwards. The School has a teaching staff of more than 250 with additional staff employed in roles such as visiting music, physical education, information resource teachers and ancillary support.

School Founders:Learn about the people who established Knox Grammar.