Why a Boys' School? 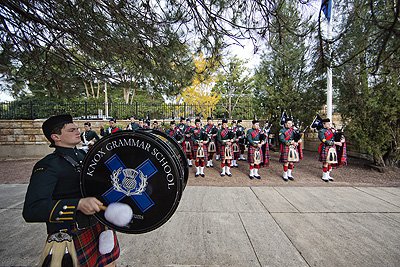 Single-sex schools have some powerful advantages over schools that educate both boys and girls.

Boys’ schools are able to develop their facilities and design their programs to meet the specific educational needs of the young men in their care.

Research in recent years has revealed significant differences in brain functioning between boys and girls. Boys approach their learning in a different way to girls and are therefore best taught separately.

Studies in schools themselves have revealed that a significant number of boys in co-educational schools are less likely to achieve to the best of their ability compared to their counterparts in boys’ schools. Overall, NSW Higher School Certificate (HSC) results indicate that some of the best results come from single-sex schools.

By attending a boys’ school such as Knox, your son is more likely to achieve academically and to embrace a greater range of co-curricular experiences than he would in a co-educational school.

The School recognises the critical importance of providing co-educational learning leadership and social opportunities for our students. Every student at Knox is involved in many co-educational programs throughout their time at the School.

How to enrol:Find out how to enrol your boy at Knox.